DM/VU - Netflix: These are the new films and series in December 2019

DM/VU - Netflix: These are the new films and series in December 2019 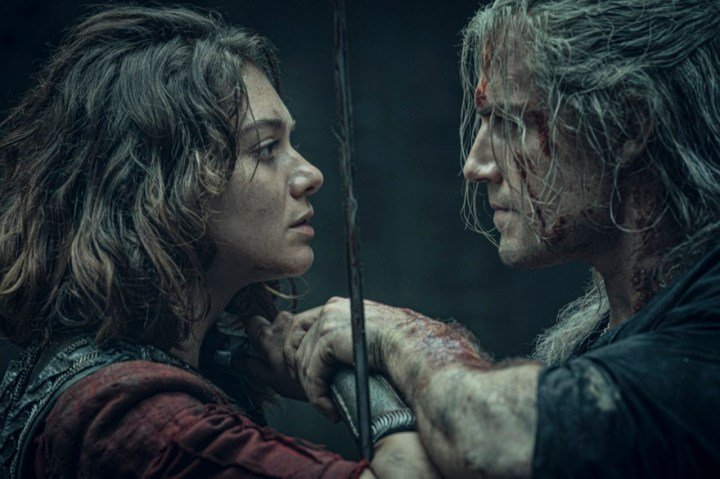 Netflix confirmed today which new films and series will be released by the streaming provider in December 2019.
Again you mix a colorful round of licensed titles with new in-house productions or sequels of existing formats.
Like every month we tell you what you can put on your list if you find something for you.
I'll be here latest from the 20th of December, because The Witcher starts here.
And with the films?

You certainly do not go wrong with Ready Player One.
Have you found a highlight?

Dead Kids - NETFLIX FILM
A loner wants to give the school's rich peckish a memento with a group of outsiders.
But the planned kidnapping turns out to be deadly.

The Lies Within - NETFLIX ORIGINAL SERIES
When her father dies and her husband disappears, Kim Seo-hui works with police officer Jo Tae-sik to become a member of the National Assembly.

Team Kaylie: Part 2 - NETFLIX KIDS & FAMILY
Ready for more glamorous glitz and rugged adventures? Kaylie and the porcupines are on fire for all sorts of daredevil nonsense.

The First Temptation of Christ - NETFLIX FILM
Jesus turns 30 and introduces a surprise guest to his family. Such a covered Christmas special can only have one source: Porta dos Fundos.
Tiffany Haddish: Black Mitzvah - NETFLIX ORIGINAL COMEDY SPECIAL
On her 40th birthday, Tiffany Haddish unleashes a bombastic stand-up special full of singing, dancing and suggestive reflections on life as a woman.

Los Briceño : a family on wheels - NETFLIX ORIGINAL SERIES
After a confrontation with her father, a young woman from a family of proud truck drivers is thrown out of the house and has to fight alone.
Magic for Humans: Season 2 - NETFLIX ORIGINAL SERIES
With heart and humor, Justin Willman pulls out all the stops to amaze ordinary people with his fun tricks and incredible magic tricks.

Apache: The Life of Carlos Tevez - NETFLIX ORIGINAL SERIES
This serial biography portrays the life of Carlos Tevez, who, despite his difficult childhood in Fuerte Apache near Buenos Aires, became a global football star.

Christmas at home - NETFLIX ORIGINAL SERIES
A single piece Johanne has had enough of the constant comments.
So she wants to find a partner within 24 days to bring home to the party.

A Christmas Prince: The Royal Baby - NETFLIX FILM
Aldovien receives the ultimate gift at Christmas: a royal baby.
But first, Queen Amber has to find a long-term peace treaty.

V Wars - NETFLIX ORIGINAL SERIES
In this film adaptation of the comics by Jonathan Maberry and Alan Robinson, a doctor must experience how an age-old disease transforms his best friend into a vampire.

The Chosen: Season 2 - NETFLIX ORIGINAL SERIES
The entire world is pouring into the once-sealed Aguazul as the doctors return to the village.
A reporter wants to tell the story of the chosen one.

Triad Princess - NETFLIX ORIGINAL SERIES
Angie grew up in the shadow of her mafioso father. One day, despite his wishes, she takes on a job as a bodyguard for a famous actress.

Three Days of Christmas - NETFLIX ORIGINAL SERIES
Four sisters have to struggle with family dramas and secrets at three different stages of life each Christmas.
What a mess.

Virgin River - NETFLIX ORIGINAL SERIES
In search of a new beginning, a LA nurse moves to a remote California town.
But there she is waiting for a surprise.

Fuller House: Season 5 - NETFLIX ORIGINAL SERIES
Jimmy and Steph bring their new baby home and plunge into their new life as parents. A
famous do not worry: you have a whole house full of helping hands.

Marriage Story - NETFLIX FILM
This haunting and compassionate film starring Scarlett Johansson and Adam Driver portrays a family that seeks to hold together despite a broken marriage.

Confessions of a Murderer - NETFLIX ORIGINAL DOCUMENTATION
In his murder trial, tramp Henry Lee Lucas confesses hundreds of murders. This series examines the question of whether his confessions are true.

Spirit - wild and free: Christmas Spirit - NETFLIX KIDS & FAMILY
As a boulder and blizzard thwart their plans, Lucky and her friends must find another way to get home in time for Christmas.

Karakai Jozu no Takagi-san: Season 2 - NETFLIX ORIGINAL ANIME
Even in the second year of high school Nishikata wants only one thing : Takagi trump.
Unfortunately, he still keeps falling on his nose.

Amit Tandon: Family Tandons - NETFLIX ORIGINAL COMEDY SPECIAL
From the end of romance in marriage to the injustice in modern education: Amit Tandon has a lot of sly sayings as a battle-hardened family man.

Christmas with Family Attachment - NETFLIX KIDS & FAMILY
M'Dear and her sisters struggle with their vocal performance for the Christmas party, while the grandfather teaches the children an important lesson.

6 Underground - NETFLIX FILM
Six experts in their profession feign death before they can chase criminals undisturbed.
No one should remember them, but the consequences of their missions.

Chief of Staff: Season 2 - NETFLIX ORIGINAL SERIES
The newly elected Tae-jun feels at home in the National Assembly.
Determined, he stops at nothing.

Soundtrack - NETFLIX ORIGINAL SERIES
This romantic musical drama is about the love relationships of a group of very different people in today's Los Angeles.

Do not F ** k With Cats: The Hunt for an Internet Killer - NETFLIX ORIGINAL DOCUMENTATION
This series highlights the biggest online crime hunt - and the psychopathic killer who broke the first rule of the Internet by tormenting cats.

Ultraviolet -
Amateur Detectives on the Internet: Season 2 - NETFLIX ORIGINAL SERIES Ola and her team of amateur detectives, including a new face, continue to investigate crime, and sometimes it becomes personal.

After the raid - NETFLIX ORIGINAL DOCUMENTATION
A major immigration investigation in a Tennessee town leaves emotional scars and questions about justice, religion and humanity.

The Witcher - NETFLIX ORIGINAL SERIES
Witcher Geralt is a mutated monster hunter who has difficulty finding his place in a world where people are often worse off than the monsters.

The Two Popes - NETFLIX FILM
This haunting true-event movie starring Anthony Hopkins and Jonathan Pryce tells the story of a dramatic change of power in the Vatican.

Lost in Space - Lost in Alien Worlds: Season 2 - NETFLIX ORIGINAL SERIES
Lost between worlds, the Robinsons are still struggling to survive and escape in the second season despite all odds.

Carole and Tuesday: Part 2 - NETFLIX ORIGINAL ANIME
Carole's and Tuesdays' new fame brings new challenges.
Angela sees her as a rival and the music industry on Mars has it all.

Como caído del cielo: Pedro's Addition - NETFLIX FILM
Legendary singer Pedro Infante is sent back to earth in the body of an impersonator so he can make up for his mistakes and go to heaven.

You - You'll love me: Season 2 - NETFLIX ORIGINAL SERIES
In Season 2 of the grim drama, Joe hides in LA from his ex.
Can he escape his past and make a fresh start with the right woman?

The App - NETFLIX FILM
Niccolò Melzi d'Eril comes from one of the most prominent Italian families and has everything: he is intelligent, beautiful, rich, privileged ... and very lonely.

The Bazaar of Fate - NETFLIX ORIGINAL SERIES - NOT AVAILABLE IN SWITZERLAND
In a terrible fire in Paris in 1897, the lives of three women are turned upside down by identity fraud , forbidden love, betrayal and emancipation.

Atiye: The Gift - NETFLIX ORIGINAL SERIES
An archaeologist encounters a connection with a young painter (Beren Saat) in a ruin in Anatolia, who wants to reveal secrets in her past.

Kevin Hart: Do not F ** k This Up - NETFLIX COMEDY SPECIAL
This documentary series accompanies comedian Kevin Hart on his "Irresponsible" tour.

Hot Gimmick: Girl Meets Boy - NETFLIX FILM
Hatsumi is forced into a servant's existence by blackmail from her simple-minded neighbor.
Soon, the true meaning of love and trust is revealed.

Alexa and Katie: Season 3 - NETFLIX KIDS & FAMILY
Alexa wants to leave the cancer behind, which is made difficult by a new person in her life.
Katie needs the full support of her best friend.

The Disastrous Life of Saiki S .: Reawakened - NETFLIX ORIGINAL ANIME
Kusuo and his self-proclaimed friends are back and experiencing all sorts of supernatural mishaps.
As if he had not already had enough problems.

My Neighbor - NETFLIX ORIGINAL SERIES
In this film adaptation of the comic by Santiago García and Pepo Pérez, a young man struggling with growing up and his girlfriend becomes a superhero.

Palace Yanxi: Adventure of a Princess - NETFLIX ORIGINAL SERIES
This offshoot of "The History of Yanxi Palace" tells the story of Zhaohua, the next generation of the Yinluo family and their fiancée, the Prince of Mongolia.

The Degenerates: Season 2 - NETFLIX ORIGINAL COMEDY SPECIAL
Stand-up comedians explore the most depraved and obscene facets of their art again in the second season of this series.