In addition to Hungarian programs, UPC has been offering three other stations since the beginning of the year - the Šláger Premium HD music station has become part of the basic Klasik package, and viewers will also find it in Horizon Go and Horizon TV mobile TV.

Two new stations were added to the Russian package - the Bober housing program and the Carusel children's station. After this expansion, the Russian package is already offered by 11 stations. Customers will find both programs in the offer of digital cable, mobile and internet television. 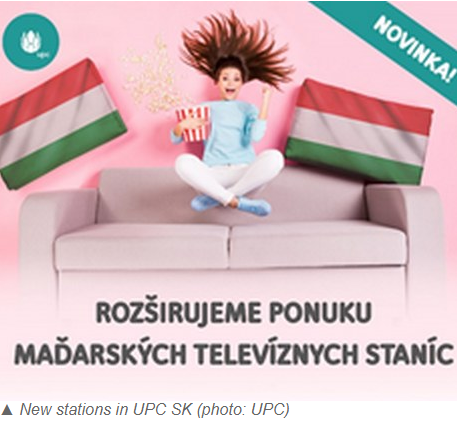 The cycle of the 13th Chamber, which is one of the longest broadcast journalistic programs on Czech Television, celebrates fifteen years of its existence in January. Since 2006, the show has presented the fates of more than five hundred personalities, with almost thirty others to present this year.
In the new works, viewers will learn how well-known Czech personalities, such as actress Michaela Kuklová, guitarist Lubomír Brabec or moderator Bořek Slezáček, managed to cope with the turning points in life. Already in the next episode, on Friday, January 15, at 9:10 pm on ČT1, foreign correspondent Vít Pohanka will reveal how he and Michal Kubal and Czech Television cameraman Petr Klíma were abducted, imprisoned and interrogated by Iraqi militants in April 2004.

Through hundreds of personalities, the show described many socially relevant topics - from serious illness, to the loss of a loved one, injuries, mental illness, addiction, persecution by the communist regime, extremism, domestic violence to kidnapping or complicated family breakdowns. “ The Thirteenth Chamber works as a treatment for a story or if you want to share. We want to offer medicine and advice to all those who have had something similar and are looking for help by telling celebrities who have overcome their suffering. And maybe we are doing well. Viewers write to us that this or that story has become a stimulus and inspiration for them, and there are even various hospitals that use some parts of our cycle in group therapy. We are extremely pleased with such feedback and is the greatest appreciation of our work, "Says the author and project manager Iveta Toušlová.
" We are preparing twenty-six episodes for this year and all the stories are very strong again. But personally, I was very affected by the fate of Michaela Kuklová. The judicial martyrdom, which she went through because of the debts of her ex-husband, and with which she had nothing to do, would break even the much tougher nature, let alone the delicate fragile woman. After all, she could lose everything and end up on the street de facto. But she sustained it mentally and thus proved her inner strength. Unfortunately, this protracted and long-lasting struggle has taken its toll in the form of an insidious disease, the consequences of which he is bravely dealing with to this day. For me, she is an amazing lady worthy of admiration , "reveals Toušlová.

In fifteen years, a large number of directors have gone through the show. Among them were Olga Sommerová, Veronika Stehlíková, Vít Olmer or Robert Sedláček. Zuzana Burešová, Václav Žmolík, Šárka Volemanová, Radka Červinková, Jindra Horská and Patricie Strouhalová most often appear in the role of "unlockers". The most recent ones are Barbora Černošková or Veronika Jonášová, and one journal was also tried by journalist Karel Rožánek.

Last year, the show of the 13th Chamber was regularly watched by 714 thousand viewers with a share of more than 19%. The first part first appeared on the Czech Television screen on January 3, 2006. It was dedicated to Tereza Pergnerová and caused a great response at that time - it was not missed by more than a million and a half viewers. In recent years, the most sought-after works have been with Zdena Studénková and Václav Neckář. The journalistic session has a standardly high rating of satisfaction and its audience is dominated by high school and university-educated viewers. 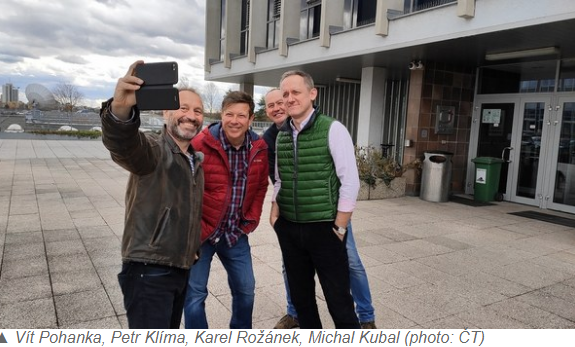 The new thematic television programs ONA , FANFAN and TOP SECRET by BIG SCREEN MEDIA sro will be launched later - probably not until 2022. The applicant for a license for satellite and cable broadcasting has asked the RRTV (Radio and Television Broadcasting Council) regulator to suspend the licensing procedure.
BIG SCREEN MEDIA has requested the suspension of the proceedings, which began on 3 March 2020, for the granting of a satellite and cable license in view of the ongoing pandemic, which fundamentally cripples the applicant's and investor's business activities until 31 December 2021. In practice, this means that the new program services could not appear on the market until next year. 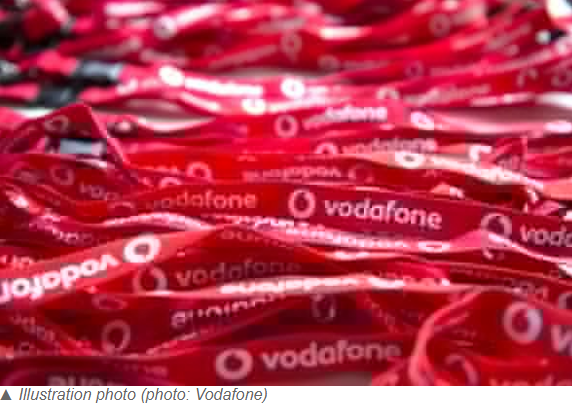 The Turkish commercial channel Show TV today launched the HD distribution of its international channel Show Türk. The free-to-air Show Türk HD program can be received from the Türksat 3A satellite ( 42 ° E ) in a strong western beam, which allows you to receive a program with small dishes.
The international channel Show Türk broadcasts the same content as the national version of the Turkish station Show TV. He replaces programs that he cannot broadcast outside Turkey on other international television stations.
The Türk HD show broadcasts in MPEG-4 in 1920x1080i HD resolution with a data rate of around 2 Mbit / s. Until now, only the national version of Show HD and the entertainment channel Show Max HD were broadcast in HD resolution from the Ciner Media Group family of channels. DIGI Slovakia has decided to acquire customers of a competitive satellite platform through a new campaign. Viewers can use the existing satellite antenna and watch the offer of the Nová Digi TV SK platform without binding.
Clients with DIGI SK can watch a rich offer of programs, including 14 sports or 11 children's stations and a long-term stable price - from 9.60 euros per month. The advantage is that the customer can use the existing satellite antenna pointed at the position 0.8 ° W / 1 ° W and does not have to call a technician or pay for a new installation. All the viewer needs for the transition to DIGI SK is a set top box or access CA module, which the company will send to him by courier.

The sales campaign is likely to reach customers of rival freeSAT, the operator of the M7 Group , which also broadcasts from the same satellites and positions.
The new DIGI SK offers viewers 14 sports stations, including Digi Sport and Premier Sport, which include live American football, prestigious UFC matches, 11 children's stations, including Ťuki TV, popular Discovery and Eurosport programs and the BBC Earth documentary program and much more. . The operator offers customers additional services such as DIGI GO (television in a mobile phone or tablet) or the TV Archive service.

In the current campaign for Hungarian-speaking viewers, DIGI Slovakia has prepared a benefit in the form of the EXTRA HU + package, which contains 37 Hungarian programs for only 0.50 euros per month in the first three months. The discount applies to satellite and cable TV.

DIGI Slovakia offers up to 70 stations with a Hungarian audio track. 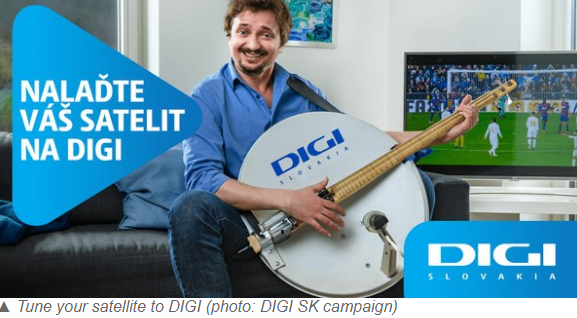 EWTN HD focuses on preaching the truth as defined by the Magisterium of the Roman Catholic Church. The EWTN television network serves the faith and teaching of the Church. Its main task is evangelization.

JAZZ HD station is a fascinating journey for lovers of this kind of music. The program of the station includes concerts, interviews, educational, technical, publishing programs and workshops, as well as reports from concerts and festivals or meetings with prominent figures of Polish and foreign jazz.

The programming offer of Filmax HD includes cult American films and series, including in particular action movies, comedies and westerns. In the schedule you can also see cabaret programs.
GONET.TV's offer for the Polish market includes, apart from live TV (96 channels), also almost 25,000 radio stations (over 650 in Polish). The service is available in the form of applications for Android and iOS mobile devices, Android TV, smart TV, as well as a version for web browsers. It is also possible to purchase a dedicated Android device GONET.TV BOX for PLN 239. The editors of satkurier.pl are currently testing this device, the report of which will be available in the SAT Kurier 1-2 / 2020 issue at the beginning of February.

Importantly, the GONET.TV service also offers almost 25,000 radio stations (over 650 in Polish), a VOD content library with movies, series, documents and content for children (about 1,300 items), an extensive EPG (program guide), the ability to record (storage up to 30 days), rewinding (timeshift) and watching up to 30 days back (catch up TV), although for most channels it is up to 7 days back. There is also a PiP (picture-in-picture) feature. 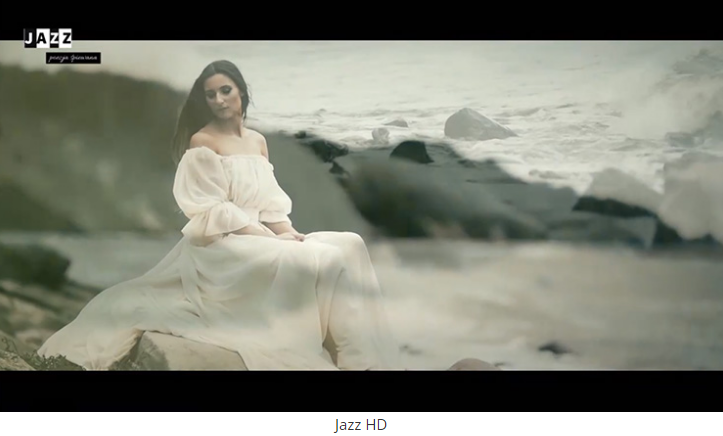 Algerian gendarmes carried out a successful operation against a pirate pay-TV network, arresting three people in the town of Ghardaïa, 600 km south of Algiers. During the operation, illegal terrestrial television (TNT) equipment and a large number of "sensitive" electronic devices, including beIN Sports set-top boxes, were seized .

The representatives of the gendarmes received paid platform decoders (beIN Sports), as well as encoders and equipment used for terrestrial transmission, which was used for the pirate DVB-T platform. During the operation, 51 code cards, 20 decoders, 9 terrestrial cards and 3 Atlas digital decoders were recovered. The accused are accused of creating a " terrestrial system for broadcasting programs encoded with the use of sensitive devices of foreign production and smuggling".

The detainees were brought to the Metlily Court, which ordered two people to be placed under judicial supervision - a third person was paroled. It should be noted that the civil party in this case is TéléDiffusion d'Algérie (TDA) - Algerian national company responsible for managing Algerian terrestrial transmitters and broadcasting radio and television stations in Algeria.

Télédiffusion d'Algérie is an active member of the EBU. Audiovisual law in Algeria in Art. 107 is clear and brutal: such acts are punishable by a fine of between 2 million dinars (12,000 euros) and 10 million dinars (62,000 euros) for any natural or legal person operating without authorization for audiovisual communications services. The competent Algerian court will normally order the confiscation of the equipment and installations used to provide a given audiovisual communication service. 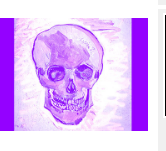 
Show TurkFrom January 14 this year. Show Türk HD can be received via the satellite Türksat 3A (42 ° E) . High definition emission is available in the western beam with strong signal in Poland. Show Türk HD is a simulcast of the original SD version with a frequency of 11.045 GHz, pol. H (SR: 4800, FEC: 3/4; DVB-S / QPSK).

For Show Türk HD, however, the DVB-S multiplex was selected with the frequency of 11.053H, where the channels in SD Habertürk and Bloomberg HT are present.

Show Türk was the last channel of the private media group Ciner Grubu not to be broadcast in HD quality on satellite. The broadcaster provides Show HD , Habertürk HD , Bloomberg HT HD and the Show Max HD launched in late October 2020 . All these channels are transmitted in SD quality in parallel.

In Show Türk we can find content broadcasted by the sister station Show TV . These are series, movies, entertainment formats, news and journalism - all of our own production. Reason for broadcastingShow Türk is to adapt the scheduling to distribution abroad.

HD plus HD + hand 360px.jpgThe German satellite platform HD + raises prices for access to a pay TV package on the Astra satellite (19.2 ° E). From March 1, 2021, a 12-month renewal will cost € 75 instead of € 70. The HD + code card with an annual subscription will cost 79 euros instead of 75 euros.
The monthly subscription will cost 6 euros instead of the previous 5.75 euros . Only the recommended retail price of the CI + CAM module with HD + card has not changed, it still costs 79 euros.
It must be admitted that since the last price correction 4 years ago, in February 2017, the HD + platform has been constantly investing in development, and as you know, it costs more and more. Investments in new HD and UHD content are expensive, as well as in technology for a better TV experience - this is how the HD + platform justifies the price increase. A lot has also happened technically, including HD + integration in branded TV sets, e.g. Samsung, Panasonic JVC, Hitachia Toshiba.